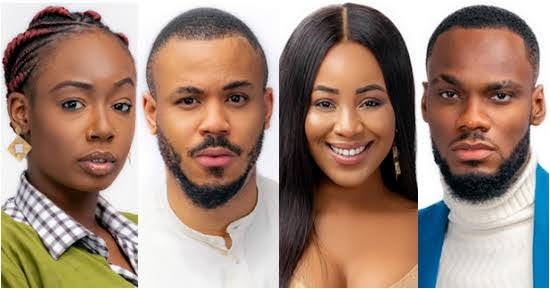 Big Brother on Sunday afternoon returned from his short vacation that lasted for a week. Big Brother returned today at 2pm and the housemates were happy upon hearing his voice but later cut short to heartbreak after he issued two weeks strike to Erica, Ozo, Kiddwaya, and TolaniBaj for fluting Biggie’s House rules in his absence.

During his absence, Kiddwaya, the Head of House was in charge of the house and got instructions through a telephone line from Biggie. On his return, Biggie gathered the housemates in the lounge and played a video clip that had Erica and Kiddwaya whispering to each other.

The video also had Ozo whispering to Neo, In respect to this, the housemates were given a strike for disobeying the rules and article 19 on the rule book against whispering.

In respect to this, the housemates were given a strike for disobeying the rules and article 19 on the rule book against whispering.  one more strike to Erica and she will be disqualified from the game. Will Erica survive this as she was seen talking to Kiddwaya that she needs to to be among the last five standing on day 71.