The celebration of Christmas has already begun for so many of us who value time like this. We all know one of the best ways to enjoy the season is to make your stomach try something deliciously new which is why we thought you would love to see what other people will be eating on Christmas day and probably make out a plan to do same for a change just for Christmas as we celebrate. 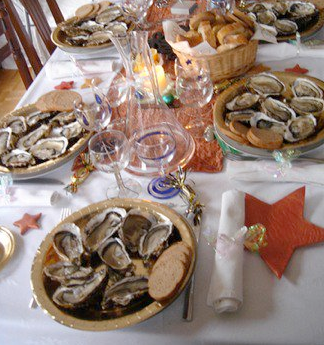 Here are top 10 Christmas meals you probably should try: 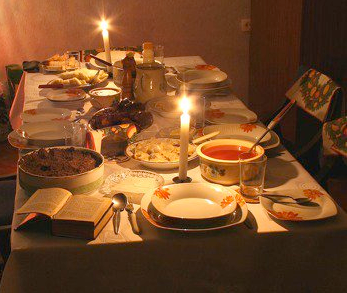 It is the Czech Republic tradition to prepare fried carp and potato salad for Christmas. That’s how it has been far back, after an excessive increase of fishpond cultivation in the Baroque era. Most people also make a great variety of special Christmas biscuits to give to their visitors during Christmas. 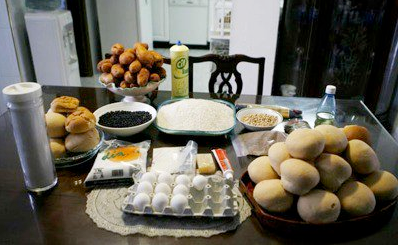 Yes, and you might want to try a turkey, stuffed with ground beef and peanuts and decorated with fresh slices of pineapple and cherries; roast potatoes and apple sauce on Christmas Eve. This also includes marzipan and assorted bowls with raisins, almonds and the panettone, accompanied by a cup of thick hot chocolate. 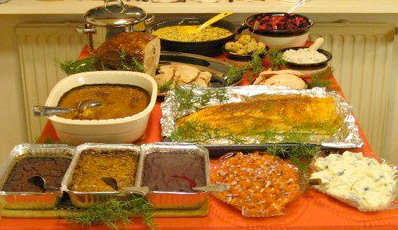 The Finland people also have their way of making Christmas remarkable with tasty food traditionally named Joulupoyta meaning “Christmas table”. Just like Swedish smörgåsbord. It contains several dishes, most of them typical for the season. The main dish is usually a large Christmas ham, which is eaten with mustard or bread along with the other dishes. Fish is also served (often lutefisk and gravlax), and with the ham, there are also laatikot, casseroles with liver and raisins, as well as potatoes, rice, and carrots. The traditional Christmas beverage is either alcoholic or non-alcoholic mulled wine. 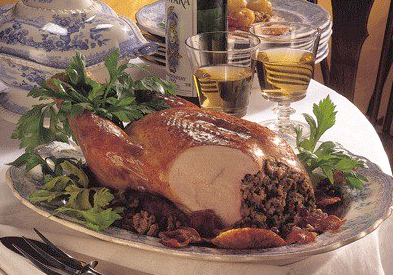 Christmas dinner in English Canada is much like that of its colonial masters, England, as well as to its neighbour the United States. Traditional Christmas dinner features turkey with stuffing (dressing), mashed potatoes, gravy, cranberry sauce, vegetables and plum pudding for dessert. Eggnog, a milk-based punch that is often added with alcohol. While other items which include butter tarts and shortbread, which are traditionally baked before the holidays and served to visiting friends, at various Christmas, New Year parties, and on Christmas day. 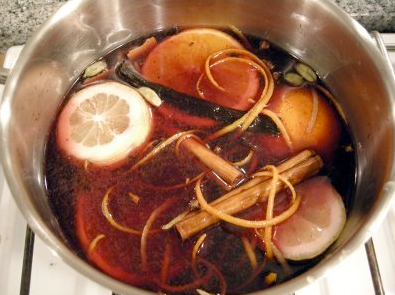 The traditional Christmas meal served on December 24th in Denmark is a combination of either roasted pork, goose or duck that goes together with potatoes, red cabbage and plenty of gravy. It is followed with a dessert of rice pudding, often with an almond hidden inside, the lucky finder of which is entitled to a present referred to as the almond gift. Traditional Christmas drinks are Gløgg (shown above) and traditional Christmas beers, specially brewed for the season. 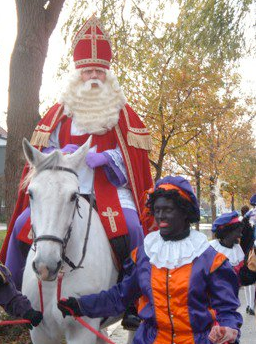 In Netherland it is a bit different from customs in nearby countries. One typical Dutch tradition is that of ‘gourmet’. This is an evening-long event where small groups of people sit together around a gourmet-set and use their own little frying pan to cook and season their own food in very small portions. The host has prepared finely chopped vegetables and different types of meats, fish and prawns/shrimps. Everything is accompanied by different salads, fruits and sauces. The origin of gourmet lies most likely in the former Dutch colony Indonesia.

In France réveil (meaning “waking”) is the order of the day for Christmas. The dishes include goose or duck liver (foie gras); oysters; smoked salmon; lobster; roasted duck, goose or turkey with chestnuts and stuffing; and, for dessert, a traditional Christmas cake called “La Buche de Noel” (Christmas log), a cream cake that comes in different flavours (chocolate, hazelnut…) and which has the shape of a log. The beverage served is traditionally Champagne. In Provence, the tradition of the 13 desserts is followed: 13 desserts are served, almost invariably including: pompe à l’huile (a flavoured bread), dates, etc. 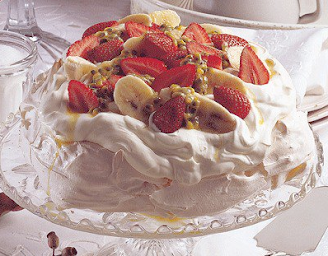 In New Zealand Christmas dinner consists of roast turkey, roast vegetables, stuffing (or dressing, as it is known in North America), cranberry sauce. Alternatively, roast ham may be offered as a main course and lamb are also very popular. 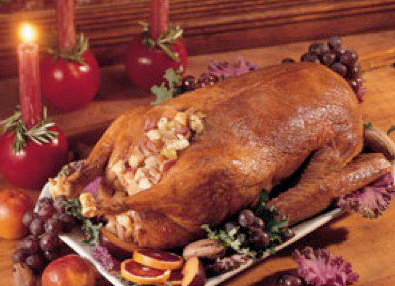 Christmas Dinner in the United Kingdom is most likely Christmas Pudding at all time. Mince pies, a Christmas Cake or a Yule Log may also be eaten. 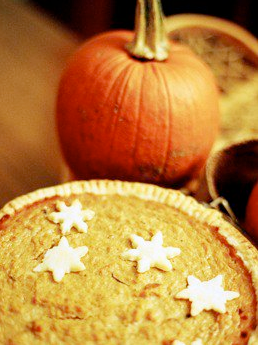 In the United States of America: cranberry sauce, turkey, stuffing or dressing, corn, squash, and green beans are most likely what to expect. Dessert often reflects the ethnic background of the participants, but examples include pumpkin pie (pictured above), marzipan, pfeffernusse, sugar cookies, panettone, fruitcake, apple pie, carrot cake, oreo pie, and mince pie. Ham or roast beef is often served instead of turkey, particularly since turkey is the mainstay at dinner for the American holiday of Thanksgiving in November.