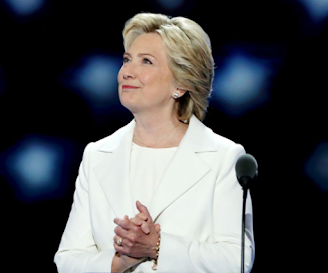 1 – “I have always believed that women are not victims, we are agents of change, we are drivers of progress, we are makers of peace – all we need is a fighting chance.” –
At the 2013 Women in the World Summit

2 – “Take criticism seriously, but not personally. If there is truth or merit in the criticism, try to learn from it. Otherwise, let it roll right off you.” – In Her Book, Living History

4 – “You know, everybody has setbacks in their life, and everybody falls short of whatever goals they might set for themselves. That’s part of living and coming to terms with who you are as a person.”– In 1992

6 – “Well, if fighting for women’s health care and paid family leave and equal pay is playing the women’s card, then deal me in.” – Responding to Trump in April 2016

8 – “Fear is always with us but we just don’t have time for it. Not now.” – Delivering Wellesley College’s Commemcement Speech in 1969

9 – “I suppose I could have stayed home and baked cookies and had teas, but what I decided to do was to fulfill my profession.” – On Nightline, 1992

10 – “It is past time for women to take their rightful place, side by side with men, in the rooms where the fates of people, where their children’s and grandchildren’s fates, are decided.” – In 2012