We live in a small world where big things happen, some beyond human comprehension, while others we rely on common sense to be our guide and save us from depicting the courage of ignorance. It’s so sad how we joke about little things we could possibly make happen on this planet with over seven billion people, and one of such is called friendship. Many of us tend to be swift in splitting the word (friend ship) and say in our minds let that friend sail in his or her ship alone, we don’t need them in our lives, breaking the magnetic force (love) that brought you together.

Disclaimer: The Unencrypted is a 30 percent fiction 70 percent reality story published only on the THEUPSPOT for entertainment purpose only. The names and locations used in this story are in no way referring to anyone or institution.

On a raining Friday morning around 8:35am after I’ve been able to find my way to the school gate, Delta State University, Abraka without getting wet, so I stood there for about three hours hoping the rain would stop falling for me to go to my screening Centre, having in mind nothing can make me forfeit this admission after spending four years struggling to pass the mandatory Joint Admission and Matriculation Board (JAMB) Unified Tertiary Matriculation Examination. At that point, my middle name was focus and the keyword “dating” doesn’t exist in my search engine. 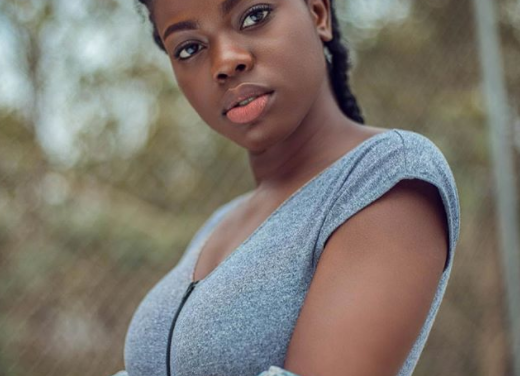 Just then, she dropped off a tricycle and walked towards my direction and I knew her umbrella is sufficient for us like the grace of Jesus Christ to believers. But am yet to see her face ˉˉ only her shape that looks like a figure after seven and before nine. Having just 15 minutes left, I said: “Hello, can you please help me get to the screening hall in your umbrella, as in join you.” The pen I was holding jotting down little note to while away time as a refresher of what I’ve read fell down with the tip directly to the ground when she raised the cover (her umbrella) and said alright we will manage. I knew my pen wasn’t going to write again so she will be doing another favour by lending me hers for my screening test.

I guess you’re not an indigene here? “Yes, I’m from Rivers State” I replied. I’m Mirabel what’s your name? She inquired. I’m Bryan. Mirabel thanks a lot; I was just stuck at the gate because of the rain, you know. She said: “Don’t mention it; it’s nothing.” Mirabel I’ll like to ask you to do me another favour. OK, if it is within my powers I will ˉˉ she replied. Will you please lend me your pen if my test is before yours or if yours falls after mine? The one I have has stopped working. Then she smiled and said no problem.

Two hours later we were done with the screening, so we exchanged contacts immediately I returned her pen. She kept on smiling blinking her natural eyelashes to the direction that sends me a signal that it’s high time I include the keyword “dating” in my search engine.

I don’t really know how it happened, but my friend whose home I lodged told me, he heard me calling Mirabel several times before morning. Maybe my thought became my dream and action, and I just couldn’t hold it because love is all I see. Within a fortnight later I got a called from the admin office that my name has been shortlisted among candidate who was given admission that session and I was over excited when she called me saying she gained admission too. Although, our choices, of course, are different: am to study Information Technology. While on the other hand, she had chosen to study Medicine.

The first-week resumption my dad sent me some cash that was much more than what I requested ˉˉ for my tuition and upkeep. So I became the Ramson Noah or should I called Jim Iyke I’ve be watching in Nollywood on campus. However, I was still spending wisely like my hero, the CEO and founder of the leading social networking website Facebook. I’m fortunate enough to have a dad who is the MD of a contracting company providing various services to Shell and other oil and Gas producing company in Nigeria. Mirabel isn’t from a lower class family either. Her dad runs the biggest private hospital in the state and her mother imports jewellery from Dubai and sells them in her plaza where she owns other rented shops the fetch them money monthly which is a clear sign that I can never influence her with physical cash.

On the second week we met at the Garden of Love when I was heading home after lecture to relax and do the remaining on my daily dozen list which are: watching movies, listening to cool music, doing my chores, eating, calling my mum and two other friends, reading, updating my Facebook status with a cool picture of the day, sleeping for two hours after lunch, going out to play basketball and hanging out with some friends before the time hits 8:00pm. Bryan, she called me with a soft tune that replaces my feeling of an Eagle in the sky to a harmless dove in the neighbourhood. Then I said hi, sat down with her and ordered some snacks as we talked about us.

Age they say is just a number which doesn’t count in a relationship but if it does from our discussion we are on the right track because she was 19 and I’m 21. Africa settings, mostly within the people from Nigeria tend to see it from the angle that a guy should be some number older than the girl before you even think of carrying palm wine. Although, we are not thinking about carrying palm wine (marriage) yet, but, truth be told, no one wise enough wants to waste his/her valuable resource call time in any relationship that isn’t going anywhere. However, like it was all about me she didn’t want to say much about herself rather she throw the question and watch me talk about my life. So I took time to tell her about myself as I patiently wait to turn the table around and ask her about her.

Just then I figured out three wonderful things about her that made me feel even crazier about her apart from the fact that she’s so pretty – that even the blind would affirm she is: we have same core values of how we see life; she knows how to make someone say yes and feel happy they did even when they initially wouldn’t opt-in for such. And that was how I skipped some to-do on my list for an awesome conversation with Mirabel. She’s amazing—no doubt, that was all a kept on saying to me.

From that moment my life began to change to a different direction knowing I’ve found the greatest thing in life called true love. But what makes me even think her love for me is true or going to be true if not so already. Maybe because of how we were able to find our common ground and knowing our values in life aren’t much different from each other. So we carried on in the same bliss from the first year, and to the second not missing on any of these activities every week: Eating dinner at her place every night, waiting for her to finish after lecture so we could go home together, hanging out every Sunday (going to places we’ve not been to before). Now, you will be saying in your mind those are the usual thing. Yes, your right, but not all relationships have the privilege to enjoy such a good time.

We’ll continue on what happened next but feel free to use the comment box to share your opinion on this story.