The specifications and features of BlackBerry Motion says a lot of how incredibly awesome the device will always be in the hands of people who desire to live a smarter life in this digital age where everything is going mobile. The Motion is one of the leading smartphone devices out there that makes it possible for users to be able to do this or that at anywhere or anytime which is exactly what the word mobile stands for. But from THEUPSPOT we see the BlackBerry Motion like other devices out there that isn’t 100% exempted from having issues as time goes on because its mere hardware (body) well designed with coded instructions to make it usable (spirit and soul).

Note: After trying the BlackBerry Motion quick fixing steps for any of the mentioned issues below you might want to consider doing a hard or soft reset or our guide on how to flash BlackBerry Motion back to its factory state when you purchased it.

Below Are Some Issues and Fixing You Can Apply to Your BlackBerry Motion Device:

10.   Touchscreen not responding on BlackBerry Motion

However, as an experienced smartphone technician who has fixed several BlackBerry devices ranging from software to hardware issues. I have come across several cases of camera malfunction both in BlackBerry (Motion) and other leading brands devices which is why I have written this post on how to troubleshoot and fix this issue in six different ways.

So, if you are having issues with your new or old BlackBerry Motion smartphone camera? You’re unable to snap pictures, the app shows failure or error notice? Here are six possible ways to that might fix the camera issue of BlackBerry Motion device. But please do not disassemble your Motion phone if it is still under the warranty period else you won’t be eligible to request a replacement or free fixing that the warranty covers.

·         Check the Camera module of your Motion and make sure it I not loose. Tighten up loosed screws if possible.

·         Tap the BlackBerry Motion camera like two to three times.

·         Perform a factory reset to see if it will fix your BlackBerry Motion device.

·         Change the Motion Camera Module. You can place an order for one from any of the leading online stores like Amazon or eBay.

·         Still can’t fix the Motion camera failure with the previous tips. Then, send your BlackBerry Motion back to the supplier for repair if it is still under warranty. Else, look for a smartphone technician.

There is nothing or little you can do when your BlackBerry Motion becomes unresponsive due to error which shows a notice that “Unfortunately, YouTube has stopped working” which rarely occurs in BlackBerry devices. You probably won’t be able to run and or use any other application. When you try to launch or use other application in that BlackBerry Motion it will pop up a screen that shows you the errors notice with no other option other than to press OK to dismiss that notice. 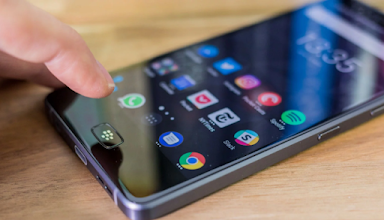 ·         Go to your Motion settings and press the connection option.

·         Now, your BlackBerry Motion will auto scan for nearby networks to join and will show them on the screen.

·         Put off your BlackBerry Motion and reboot it again to see if that will automatically solve the problem.

·         Check to be sure that your Motion Bluetooth is set to discoverable. So, other devices can see it and be able to connect to it.

·         Check your Motion power section to make sure it wasn’t set to power saving mode.

#7 – SD Card not detected and fixing on BlackBerry Motion

#10 – Touchscreen not responding and fixing on BlackBerry Motion