First of all, let me say that I am delighted that the #DapchiGirls have been returned to their parents by Boko Haram. No matter what happened before, during and after the abduction, it is safe to say that this aspect of the saga (the safe return of most of the girls) is a good thing.

The term ‘back channel’ was introduced into Nigeria’s political lexicon by the minister of defense, Mansur Dan Ali.

Mr. Dan Ali was reported to have said: “All the security forces were asked to do everything to ensure the safe return of the Dapchi girls. The released Girls are in Dapchi and being documented; Situation is developing; release is outcome of “backchannel” negotiations; no ransoms were paid’.

Let me be unequivocal and say that I commend the Buhari administration for the release of the #DapchiGirls through “back channels”. I welcome the assurances that no ransom was paid. I am saddened at the news that some of the girls died and one still remains in captivity because she is a Christian. 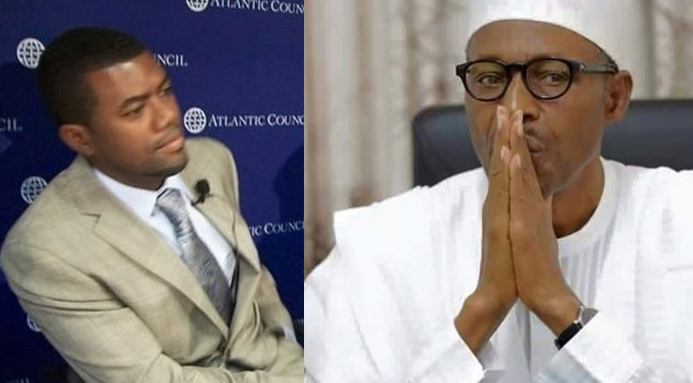 I further urge the Buhari administration to do all it can through its “back channels’ to convince Boko Haram to release Liah Sharibu, the Christian girl that they continue to hold, allegedly because she refuses to abandon her Christian faith for Islam.

I urge no one to politicize her situation, as this may jeopardize her life. Finally, I urge the Buhari government to use their close relations to Boko Haram, which the Minister of Defense described as ‘back channels’ to secure the release of the remaining #ChibokGirls.

But all this talk about back channels and front channels reminds me of the fact that on November 1, 2012, Boko Haram namer Muhammadu Buhari as their representative to head a team that would negotiate with the Jonathan administration on ceasefire terms. At that time, many, myself including, dismissed the move. But in the light of this ‘back channel’ talk of today, red flags are going up in my head!

Coincidentally, the Muhammadu Buhari administration has worked with all of these people (with perhaps the exception of Bukar Abba Ibrahim and Shettima Ali Monguno, who himself became a victim of Boko Haram and has now passed away after living a honorable life).

What is happening here?

One thing I know is that Boko Haram and President Buhari have at least one thing in common-a total commitment to Sharia.

Consider the following comments made by President Buhari long before he went into politics: “I can die for the cause of Islam if necessary. We are prepared to fight another civil war. We cannot be blackmailed into killing Sharia.” – Muhammadu Buhari (Freedom House, 2000 and culled from Akin Osuntokun)

“Muslims should only vote those who will defend their faith. We are more than the Christians if you add our Muslim brothers in the West.”- Buhari (Liberty Radio Kaduna, 2003 and culled from Akin Osuntokun)

At this juncture, I am reminded of a cryptic comment made by former President Jonathan on January 8, 2012 when he admitted that Boko Haram had infiltrated the Nigerian government and had sympathizers even in the military.

“Some continue to dip their hands and eat with you and you won’t even know the person who will point a gun at you or plant a bomb behind your house.”

Was Dr. Goodluck Jonathan right? Are we beginning to see the gloves come off? It is very strange for me as a concerned Nigerian to see a collaboration between the government and terrorists.

I find it strange to believe that Boko Haram just released the #DapchiGirls without a ransom being paid and without their captured commanders being released. If that is the case, what was the point of taking the girls in the first place.

The whole issue is suspicious. It raises more questions than it answers. Yes, I am glad that the girls were released but this is extraordinarily fishy to say the least. Is it that front channel abducted #DapchiGirls and ‘back channel’ released them? Is this a recycling game? What is happening here? The more you look, the less you see! There is something not quite right!

In a video of the release, Boko Haram fighters can be seen driving into Dapchi town to the joyous greetings of residents of the town. They were cheered as though they were freedom fighters. They dropped off the girls and even had time for a tête-à-tête with the parents of the girls and the elders of the town. Really? Were these not the same people who stoned Mr. Ibrahim Geidam, the Yobe State Governor a month ago.

Even after they delivered the girls back safely, neither the army nor its sister security agencies were at hand to arrest them? Why? That would have been the commonsensical thing to do. After all they have only one girl left.

A report by the Guardian of UK on Wednesday 21, 2018 is even more damning. The report quotes a #DapchiGirl thus: “It took us three days to get back to Dapchi,” said Fatima (a #DapchiGirl). “We were divided into three groups and flown in planes, and taken over rivers in boats.”

“Neither the military nor the police attempted to apprehend the militants, who even stopped to change a tyre before leaving Dapchi, according to Mataba.”

There is some collusion somewhere because I cannot believe Boko Haram has planes and lands and takes off without collusion.

What the video of the release shows is that terror can only thrive where there is local support. It is hard to see how you can hate Boko Haram and still wave to them and cheer them on. All caught on video. My goodness this is strange. One could have been forgiven if he mistook the fawning affection shown by the people of Dapchi for Boko Haram as a visit by Omotola to Dapchi.

No wonder Mark Twain said “Truth is stranger than fiction, but it is because Fiction is obliged to stick to possibilities; Truth isn’t”. Mr. Twain could as well have been writing about the Dapchi saga!

We have been told that Boko Haram is defeated and only a few stragglers remain and they are desperately hungry and lacking even the most subsistent necessities.

Yet, they showed up in Dapchi town with almost 100 well fed girls looking as if they just returned from a holiday to Dubai?

Khadija Grema, one of the abducted #DapchGirls returned by Boko Haram spoke to Channels Television about the circumstances of their abduction. Read her account of the abduction: “That fateful day we were ready for dinner when we heard shootings then one of our teacher was calling and directing us to go out through the gate. When we run into the insurgents at the gate, they gathered all of us in the name of rescue when suddenly they asked Babangida the driver to bring the truck which they packed us in.”

This is an eyewitness testimony. They were eating. They heard shooting. They panicked. They ran. Boko Haram came and got them. Does this not appear to be the act of people that knew for a fact that the security in the town and school had been dispensed with?

And we still do not know the answers to the questions posed by the All Progressive Congress Governor of Yobe State, which was-who gave the order for the soldiers guarding Dapchi to leave just prior to the abduction?

The whole thing is looking like a badly scripted Nollywood movie where a man without a shirt is hit with a car in one scene and in the next scene he is being taken to hospital with a shirt and tie! No continuity between scenes.

The whole thing looks like a tale of a rabbit that gave birth to two bunnies and three out of the two died, while the remaining four were sold! What is going on?

President Buhari who ought to have been in Kigali on March 21 to sign a African Free Trade Agreement ended up not going even though the Presidency had announced that an advanced party had gone on before him.

His refusal to show up in Kigali gave smaller African countries the opportunity they needed to issue a rebuke to Nigeria.

Why did the President not travel? Was it because of the publicly stated reason (he needed more time to consult with those opposed to the agreement) or because the front end was busy preparing for what the back end was about to do?

It almost looks to me like the #DapchiGirls and their parents were pawns in a game contrived to affect the 2019 elections.

Maybe some day, perhaps through the front channels of another regime, we will eventually get to know what really happened at Dapchi and Chibok. But for now, let us pretend to believe this ‘back channel’ fairy tale.

As an aside, let me end by saying that Governors who want to know how herdsmen will show their gratitude if given land for cattle colony only have to look at Kogi where Yahaya Bello gave them 15,000 hectares. Last week they showed gratitude by killing 25 people. Three days ago, they said thank you by killing 10 more!

As Winston Churchill said “An Appeaser Is One Who Feeds a Crocodile, Hoping It Will Eat Him Last.” Yahaya Bello the appeaser has found out that the crocodile is not waiting to eat him last. It is eating him and Kogi state first!

This is not about PDP or APC. If the President does not publicly discipline the IGP, he will set a very dangerous precedent. All over barracks in Nigeria soldiers will be saying if a policeman can disobey the President, why should the military respect him. It‘s a bad omen not just for Buhari, but for our democracy. It will be taken that the President is a weak Commander-in-Chief who is dominated by his appointees instead of being in charge of his government and will lead to further insubordination by other military/paramilitary forces.

Bestselling author of Facts Versus Fiction: The True Story of the Jonathan Years: Chibok, 2015 and Other Conspiracies