Nicholas explained that 104 of the girls were from the 110 abducted from Government Science and Technical School, Dapchi, released from the insurgents in the early hours of Wednesday. 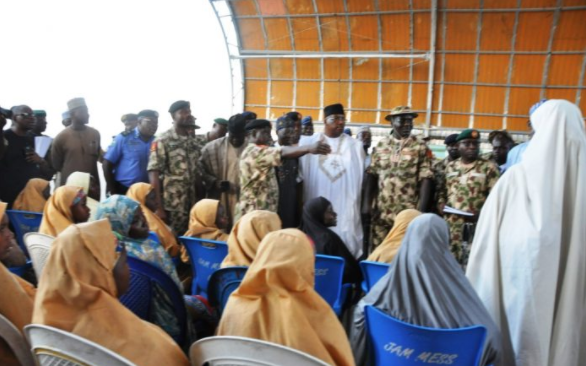 He said the remaining six abducted schoolgirls were still unaccounted, noting that two other abducted girls who were not part of the abducted students were rescued from the insurgents by troops.

The theatre commander added that the rescued girls were brought from Dapchi to Maiduguri together with their parents and guardians.

The minister of information said Federal Government adopted proactive measures to secure release of the remaining girls and persons under insurgents’ captivity.

Alhaji Lai Mohammed noted that government was working to end hostilities and enhance peace restoration in the northeast.

The released girls, alongside their parents and some aid workers boarded a Nigerian Air Force aircraft en route Abuja at about 18.50 p.m. (NAN)