Nina and Miracle kind of love in the Big Brother Naija Double Wahala house gots us puzzled because right now it seems they are not playing games. Yes, their love is so strong to the point where their priorities has begun to take a turn, making the love they have for each other come first, and then the prize to be won for which they are the BBN house for, come second.

Earlier on Nina had said during Sunday live show hosted by Ebuka that she’d already won Miracle and what is now left is the N45m star price – “Miracle is my priority as well as the money,” 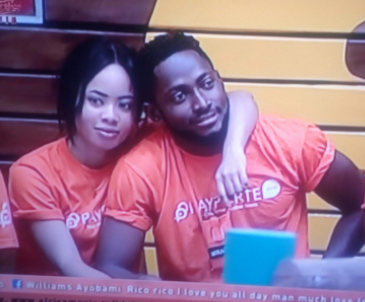 In response to this, Miracle said, “Yea, I and Nina are a ‘thing’… Nina is also my priority and N45m is second priority.

At the live show, Cee-c, Tobi, Anto, Miracle, Tobi Alex were saved from this week’s eviction while Ifu Enada and Leo had to leave the big brother house.

BBN Housemate, Alex, couldn’t control her tears upon hearing that her “romantic pair” Leo was evicted from the show, alongside his pair, Ifu Ennada…

She immediately burst into serious tears when Ebuka announced the pair, LIFU as the next evicted housemates.