Russian businessman Sergei Mavrodi, whose MMM pyramid scheme deprived millions of Russians of their savings in the 1990s, has died of a heart attack, according to Russia media.

Reports said the 62-year-old was rushed to the hospital late on March 25 with pain in his chest and died several hours later.

Sergey Mavrodi was taken to a city hospital from a bus stop overnight Monday after he felt weakness and pain in the chest area, reports Moskovsky Komsomolets. 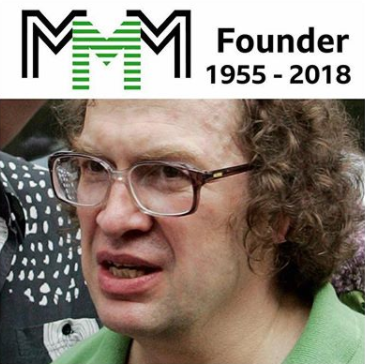 The emergency team has failed to save Mavrodi’s life. “Sergey Mavrodi died this morning,” the report said.

Don’t miss: See how Nigerians who have been scammed reacted

Sergey Mavrodi claimed he is not the beneficiary of the donations and he is not used to flamboyant lifestyle.

Sergey true charges of which he was later convicted of is tax fraud though he claimed that MMM scheme is not a business, but a mutual donation program of which there is no law against such.