This is the most romantic pair viewers are patiently waiting for to announce that they are officially together. Since the beginning of the show, Miracle and Nina have been giving serious couple goals which earned them their large number of fans.

Miracle and Nina (or Mina like fans would call them) have shown that if they were in a relationship outside the house, they would make a great couple. Each knows how to motivate and caution the other and steer in the right direction. Watching them is like watching a romantic movie, so much saccharine. 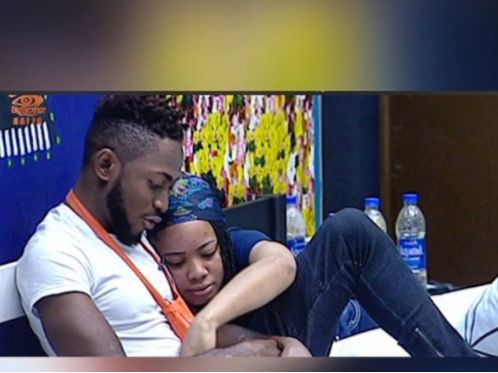 Mina has shown they are not the perfect couple and their increasing fights in the house have shown that, but at the end of the day, they still have each other’s back.

The big question is now, what will Nina do about her current boyfriend outside the house. Nina has more than once confirmed that he means so much to her and Miracle likewise. The subject is both important and fragile to them that they don’t dwell on it anymore but want to continue to enjoy the other’s presence.

Though it will not be surprising if they decide to go their separate ways, it would still be wonderful to see this ship sailing because they bring out the best in each other.