This week, all housemates were placed on possible eviction
for breaking Big Brother’s rules including not wearing their microphones
properly, speaking vocabulary as well as getting into a fight and heated
arguments but what we didn’t expect was having two housemates evicted or maybe we did expect that.

Nelson is the first housemate to be evicted last Sunday 28 July, making him the
sixth to leave the house, he was welcomed up on stage and as usual, Ebuka had to
do his thing by asking about his relationship with Diane and Esther, he
however, told Ebuka that initially he liked Diane but felt she has feelings for
Tuoyo so he needed to give Tuoyo some space. And coming to Esther, he said she
is a strong woman who didn’t want to give up on him.

The evicted housemate told Ebuka that he thinks the winner
of the show might be Mike or Omashola. 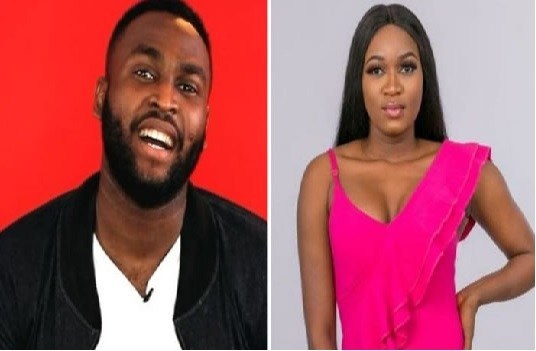 For this week’s eviction show, the show started with a
thrilling performance from singer YCee, who had the audience enjoying his show
of talent as they anticipated the events of the evening.

Thelma is the second housemate to be evicted making her the seventh housemate to leave the house, she was welcomed up on stage, but she
expressed sadness over leaving the house. When asked about any love interest
she said she has a fiancé and is engaged that’s why she had no love interest in
the house.

Now we have 14 housemates remaining. Ebuka also gave a word
of advice to the housemates in quote, he said “the more you feel you know what Big brother has up his sleeves or the
more you try to be the viewers is the more you lose out on being yourself and
playing your games” 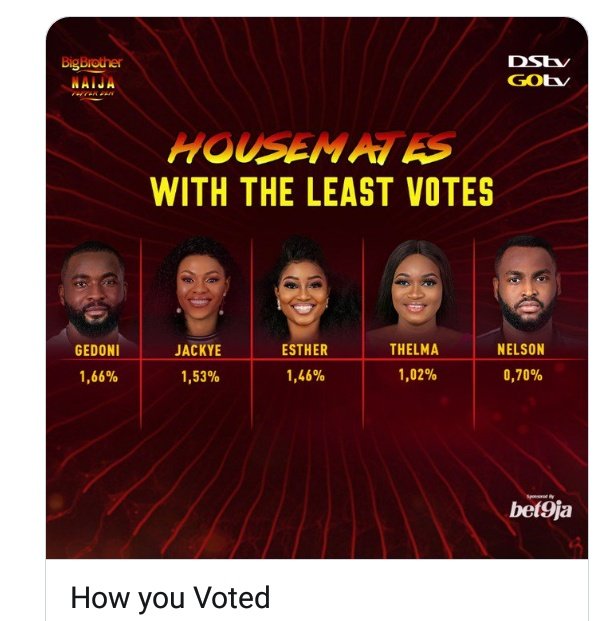