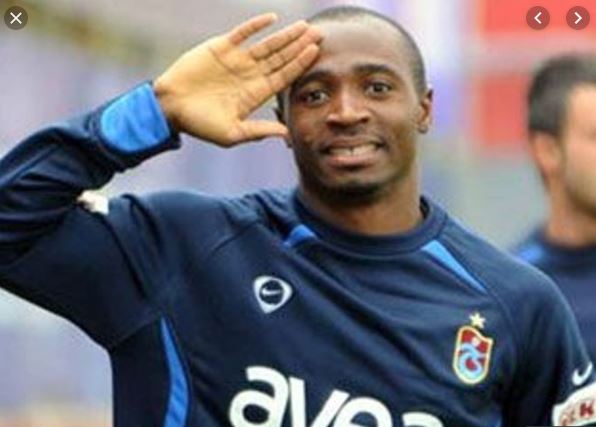 FC chairman of Austin Bold, Bobby Epstein announced his death via Twitter on Wednesday. In his tweet, he says,

“It’s with shock and grief that we acknowledge the sudden death of Promise Isaac. On behalf of BOLD organization, we wish his wife, children and family strength and peace as they struggle to cope with his death.” 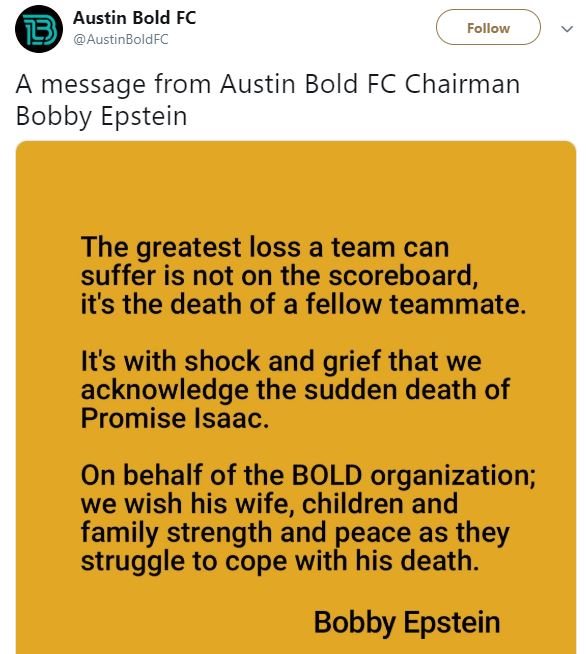 He died on Wednesday night 2, October 2019 after a workout session.

During his time in the football world, he captained Nigeria to the 2003 FIFA U17 World Cup that was held in Finland as well as the 2005 FIFA U20 World Cup in the Netherlands where the Flying Eagles were runners-up to Argentina.

My sympathy goes to the family as well🙏🏾