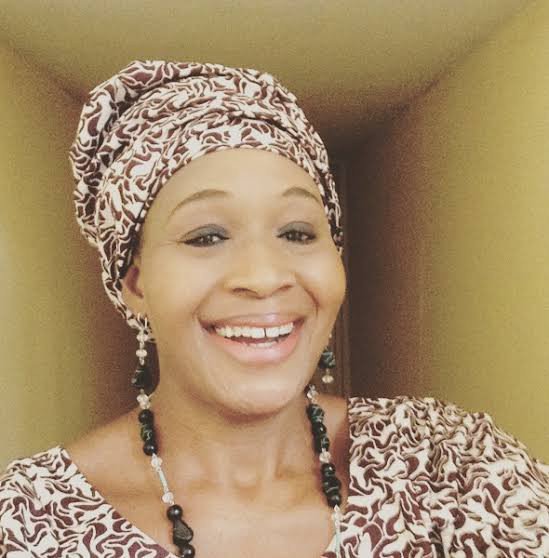 Controversial Nigerian, Kemi Olunloyo, who is known for having an opinion about every trending topic in Nigeria, has taken to her handle to diss out on Titans who comes to her page to insultTacha about being fake. 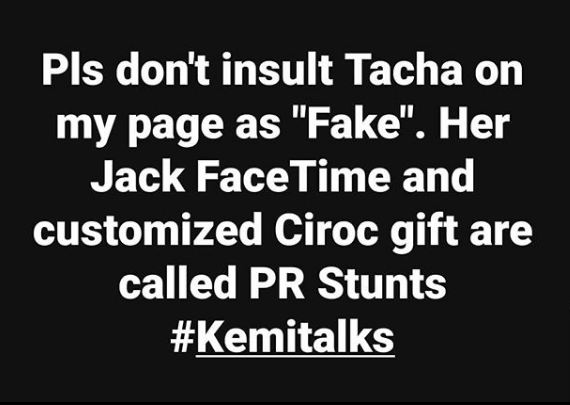 She also gave some advice on how Tacha can work to build her brand. See below;

Many Tacha Akide fans
are Illiterates. They have no concept of how the world works. I share
INTELLIGENCE and knowledge yet they still abuse me. Learn from me.

My second
degree is Public Relations Management. We have something called PR Stunts. It’s
used to create awareness for our clients.

Tacha did not FaceTime Jack Dorsey
nor sign a deal with Ciroc. You Titans and Anti-Titans are busy celebrating
mediocrity instead of @symply_tacha herself. What is a woman doing with an alcohol
endorsement? Not classy. Who is Jack Dorsey? CEO of Twitter and so? Was I not
on Facebook before it came out 2006? Some of us were on “The
Facebook” in 2004 in the university network.

Tacha should build her OWN
brand, not tag along with any other. @teebillz323 the chic has a liking to Barbie. Does she sing? Take
her into a studio to rap anything.

Tacha can sell an empty CD-like Beyonce. I’m
giving you FREE PR tips, start making money. Get her to partner with Wike’s
wife ooo! Women’s safety campaign in Port Harcourt the most dangerous city for
women. Gracious killed 13 women there.

So much Tacha could do not feeding some
empty-headed fans who I’m trying to empower. Can she cook, get her to cash in
on Chioma’s loss. Go see what Sisi Yemi is doing on YouTube.

Get Tacha into
Community events. Visit motherless baby’s homes. Visit schools with her LINE No
leave, No transfer encouraging kids to stay in school. Ok, some kids can
transfer but theme it to the streets that they should not transfer to the
streets and become cultists and militants something rampant in PH.

I studied
that place well well after prison for 30days. So many campaigns Tacha could do.
NOW TUNJI THAT’S N3M worth of ideas I just gave you FREE. Get to work. And
that’s a wrap. Good luck Tacha Akide. If it ain’t about your money you ain’t
interested.