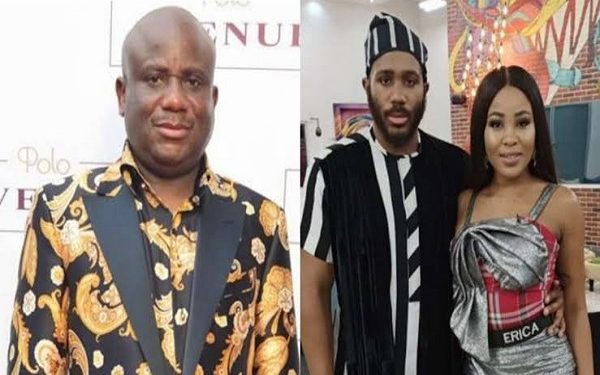 BBNaija House Kiddwaya’s father has prevailed on his son to give half of his son’s winning to Erica and the other half to charity, if only he wins.

Terry Waya said in a video interview on Tuesday when he was speaking on how he felt about Erica’s disqualification from BBNaija House. According to him, Erica is a wonderful person, really it is not my business about what is going between her and my son because I can never force anybody on my son as both individuals happen to be adults, but to me as a human being, she is a wonderful person and have a good heart and really if my son wins, I will make sure that he gives her half of his winnings and the rest to charity.

Billionaire, Terry Waya has revealed his plans if his son Kiddwaya wins the N85m grand prize for the lockdown edition.

Recall that Erica was disqualified for the following offenses, pouring of water on the head of house bed in order to stop Prince, her deputy from sleeping on it, peeping through the camera window and trying to confront the production team, and also threatening fellow housemate Laycon of killing him outside the  BBNaija house.