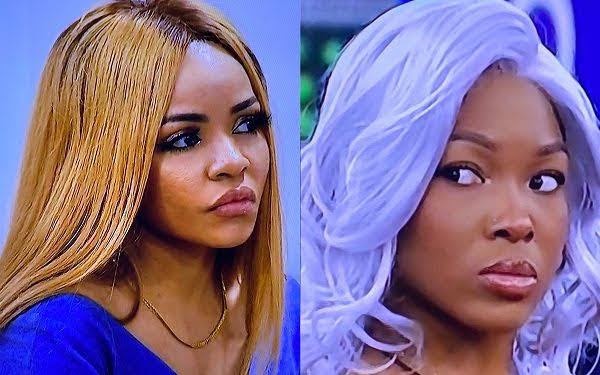 The Big Brother Naija housemate, Nengi has slammed Vee for criticising their ‘Showmax’ task. Vee, Laycon and Trikytee were the judges for Nengi’s team presentation on Thursday night.

Housemate Vee, giving her verdict, criticised their drama and rated their acting to be very poor.

Vee statement made Nengi upset, she wondered why Vee was the only one who could not make a positive comment and encourage them despite Neo being part of their team.

I got angry because I’ve never acted before so what Vee said was not needed, she was supposed to encourage the team as a team Nengi said.

After the exchange, a displeased Nengi was seen expressing her reservations to Neo and Ozo. According to her, she felt the words from Vee were simply rude.

However, the male housemates were quick to jump into Vee’s defence as they both insisted that she didn’t mean the words seriously and was merely being sarcastic.

Apparently, Nengi had gotten offended by Vee’s words even though she meant them as a joke, Male housemates Ozo and Neo tried to wade into the matter.

The drama had started after Nengi called out Vee for taking out time from group rehearsals to come and spend time with her lover, Neo.

Similarly, Vee was quick to make a reference to the different times Nengi had also snuck away from rehearsals to spend time with Ozo.