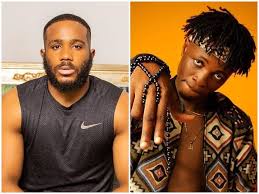 Big Brother Naija 2020 edition, housemate Kiddwaya has revealed to fellow housemate Laycon, what he believes to be why housemates nominated them for eviction.

Recall that on Sunday, housemates up for eviction for the week were nominated by fellow housemates and as stated earlier by Ebuka an old method of eviction used in the previous edition.

In a conversation with Laycon last night, Kiddwaya reveals that they were nominated because other housemates are intimidated by their strong fan base as they have never been up for eviction since the start of the Reality TV show.

Kiddaway further stated that if there are more than two housemates to be evicted then they can worry but if not they are good. if you make it past this Sunday just know for sure that whatever your fan base is outside the house is strong.

Kiddwaya also advised Laycon to enjoy the week while he’s still here as they don’t know what fate holds for them.