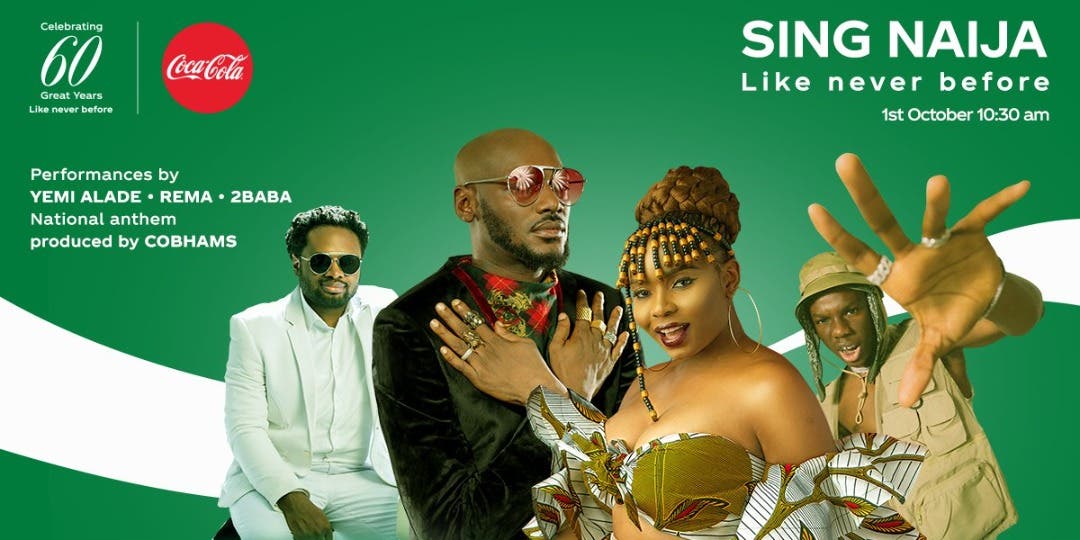 Coca-Cola Nigeria has unveiled a first of its kind virtual celebration of Nigeria at 60 in a scintillating fusion of music to uplift and bring people together this Independence Day comes 1st October.

Leveraging its ongoing ‘Open Like Never Before’ initiative, Coca-Cola will host an exciting

schedule of events, beginning with this uplifting #NaijaLikeNeverBefore initiative to honor the nation by assembling the largest number of people to sing the National Anthem at once.

Celebrity Rema on his recent radio interview could not contain his excitement at being a part of this event that is set to make history as Naija turns 60. In his remarks, he called on all Nigerians home and abroad especially his Ravers to join him and other Afrobeats music superstars in putting Nigeria on the world map as the happiest and most energetic nation in the world

Celebrities such as 2Baba, Yemi Alade, Rema will hit the event in a grand style with song performance and the national anthem produced by Cobmas.

The concert will be live-streamed on the Coca-Cola YouTube channel at 10:30AM on October 1st, 2020.