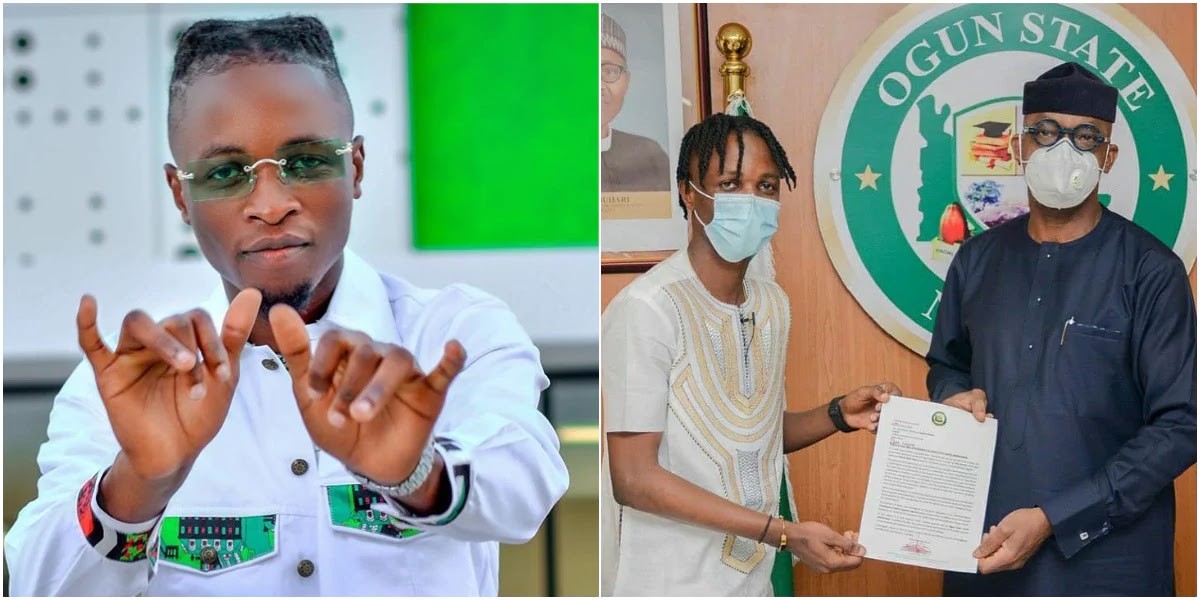 Big Brother Naija housemate and top finalist, Olamilekan Agbeleshe, popularly addressed as Laycon emerged the winner of the Lockdown edition of BBNaija show 2020 and was declared the winner after he got the highest votes from viewers.

The BBNaija star Laycon as he has been named as the youth ambassador of Ogun state and member of the Ogun state executive council. The Ogun State Governor Dapo Abiodun shared the great news on his official Instagram page, to the excitement of the reality TV star’s fans and followers.

Laycon as the proud son of the state, the governor noted that work has started. Laycon was also given a 3 bedroom bungalow in Ogun state and the sum of N5m, the governor, and sate council was impressed by their beloved son for representing the state well in the BBNaija Lockdown house.

The Big Brother Naija star man was asked if he would consider using his fame for something political or whether he was content being Laycon who led thought leaders. The BBnaija star and rapper stated that people do not have to be in government to make important changes in the state of a nation.