Game of Thrones is one of the best series movie out there that you just can’t easily predict what’s going to happen next which keeps you dying to watch each and every episode of the leading GoT series. So far, we’ve all gotten to the end of season seven (7) that’s if you are in the B team. But since we at theupspot [.com] are on the A team. We tend to see things a step ahead from our professional imaginary perspective. Here are top ten things that could possibly happen in Season 8 you never thought about… 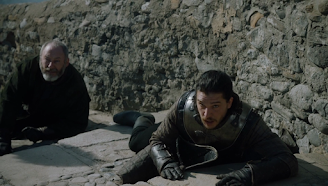 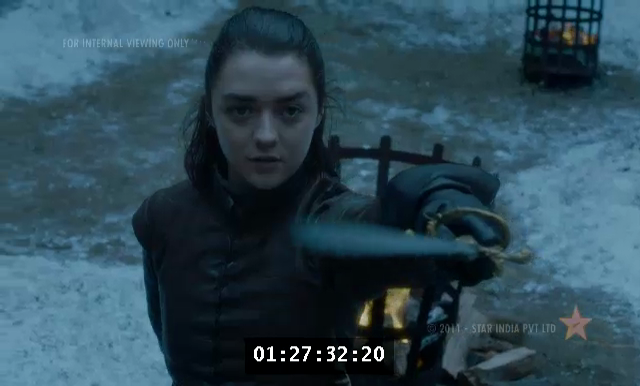 We all know how difficult it could be most times to stick to a year resolution, follow through on accomplishing your to-dos. Arya Stark is one character in Game of Thrones that would stop at nothing to make sure she gets things done. Although, her to-do list isn’t as easy as to pick up groceries. But with her training with the faceless men, she has learned so much to make it look as easy as groceries.

Most of the people on her execution list are already dead. But her major enemy, Queen Cersei is still roaming the street of Kings Landing plotting how to gain back the seven kingdoms even after she has been told that the real war is between the living and dead which is more reason why she will storm Kings Landing since the threat – Little Finger – at Winterfell is no more. Well, for a faceless lady like Arya Stark she’s just a piece of cake. Good thing Arya now have a Valerian steel and needle to do the cutting and picking.

On Jon Snow’s first visit to Dragon Stone to bend his kneel in season 7. It is obvious that the welcoming address by Daenerys kids was so terrifying not only to him but his entire crew including Sir Davos Seaworth. Yes, he knew she has three grown dragon which is one of the reasons most people believe her. But Snow wasn’t duly informed that dragons will love to say hello when he steps foot on Dragon Stone.

Well, it seems that’s not going to be the only time dragon will be saying hello to King of the North. Jon Snow is likely going to be doing more pushups to keep his head unburnt when the night king comes riding with the dead dragon. 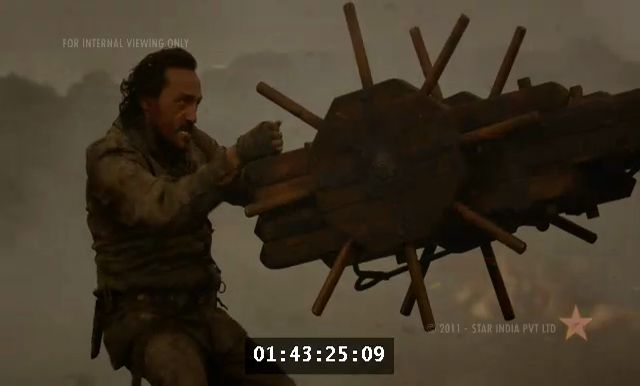 Sir Bronn is not just an anointed knight but someone who knows how to keep his boss alive to get to juice flowing. At road when the Cersei troops were heading to go pay the Crown’s debt. The dragon queen showed up to send a message to Queen Cersei that her dragons love to do sport once in a while. Sir Bronn proved how brave he is in an actual case of emergency. First, he shot down the dragon and when further to save Jimmie from getting burnt when he made an attempt to put an end to the dragon queen’s story.

By now the night king might have trained some other white walker on how to throw a spear to get more dead dragons to accomplish the goal of conquering the seven kingdoms. So, this means that the dragon hunting machine will be doing more job. But no one else has proven to be good with the machine like the Sir Bronn of the… 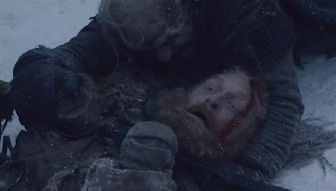 The most important thing to focus on in battle with the dead is staying alive because they would stop at nothing until they make you born again – by this, I meant first knocking you out and then bring you back to live as the dead. Tormund Giantsbane really is a survival and a major character lots of viewer wouldn’t just want to loose that soon no matter the odds.

In season 7 episode 6 Tormund almost got killed by these dead armies but was rescued by chance. But in season 7 episode 7 it is kind of hard to say he survived because due to how the dragon of the dead burnt down the ice wall with fire. The truth is he was able to run to a corner of the wall where the dragon wasn’t burning down so he survived. 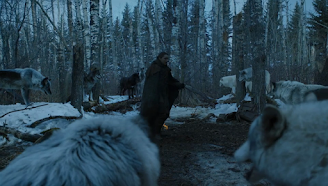 On Arya’s way back to Winterfell she was surrounded by wolfs and what really saved her was her knowledge about wolfs, and she saw one of the wolfs as Nymeria her wolf that she made escape Kings Robert justice after it bites his son — Prince Joffery’s hand in season one.

She said “Nymeria it’s me Arya. I am going home, back to Winterfell.” She tried to persuade the wolf to follow be soon realized it really wasn’t her wolf and said: “that is not you.” However, she was able to save herself by communicating with the wolfs.

Good thing for her that she now has an edge in Game of Thrones since some people control people while others control dragons and horses. She is quite good at controlling wolfs which is going to work in her favour when she faces the white walker and the army of the dead.

#6 – The King of The North and Dragon Queen 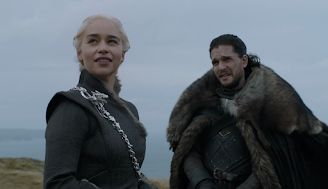 It’s hard to assume what the relationship between Daenerys Targaryen and Jon Snow would become based on the ground that Daenerys is Jon Snow’s aunt. But a good look at this picture could point out that she got pregnant for the King of the North and they lived happily ever after. After that’s Targaryen way of keeping their bloodline pure. 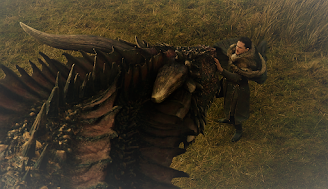 Touching a gorgeous beast for the first time isn’t that easy especially when you don’t know what the dragon has on her menu for breakfast – which could possibly be you. But Jon did touch it and the dragon felt relaxed. Although, the name father of the dragon might not sound cool to someone like Jon Snow even though he is having some chemistry with the mother of dragons.

The night king has just shown us in season 7 episode 7 that it is not only the mother of dragons that is entitled to riding a dragon to get the job done. So, this means the king of the North will have to man up and ride one of Daenerys dragon as they battle against the army of the dead and white walkers.

#8 – Going against the odds 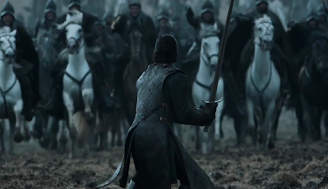 It is quite obvious that Queen Cersei is not that big of a fan to Jon Snow’s mission to send her army to the north in helping them fight the army of the dead, white walkers and the night king as she earlier promised. But one thing is for sure, Jon will never back down no matter the odds that are against him like he showed on the Battle of the Bastard in Season 6 Episode 9 before Sansa and the vale showed up for his rescue.

The sad thing for him is that queen Cersei is not Sansa and might not change her mind to send her army to the north. [Personally, I will double my push-ups if I was to be Jon Snow]

#9 – Going against your fallen hero in the battle between the living and the dead. 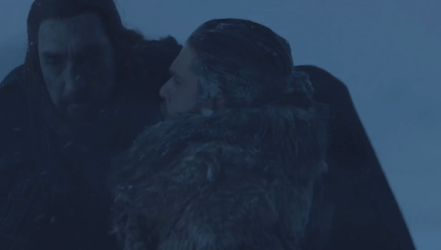 But be rest assured that next time Jon and his dead uncle will be having a close conversation like that of the above photo. It will be when Jon puts a valerian steel through him. 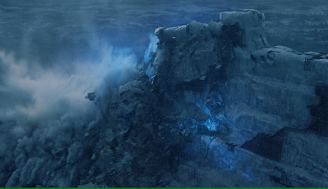 By now you might have noticed how wise the army of the dead, white walkers and the night king are compared to the weirdlings who stormed the wall without assurance of crossing over. Having dragon gives the army of the dead an edge. In season 7 episode 7 when they marched towards the wall to convert the living to the dead in their hundred thousand strong armies. It didn’t take up to two minutes to bring down the wall.