Frank Lampard, Chelsea head coach can’t control his delight after his young Chelsea team Won the match against Ajax in the UEFA Champions League which is the Season’s champions league semi-finals. 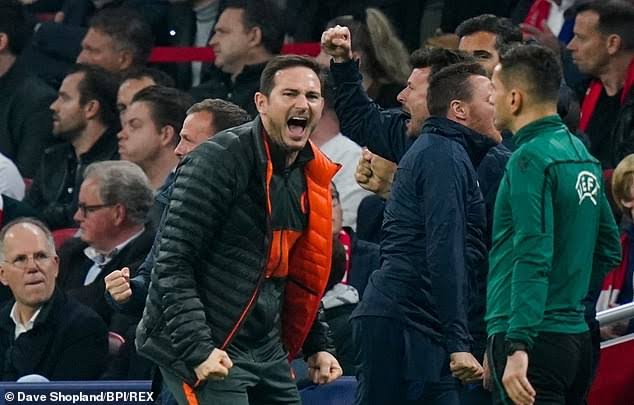 It was a tough match, given the
quality of Ajax players, and Chelsea’s young team due to FIFA’s transfer ban
imposed on the club. 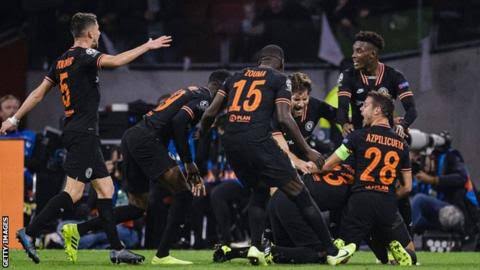 “I
am delighted with the quality of the moments. The work ethic of the group. It
was outstanding throughout From the subs that is what you want. Delighted. It
is great for everyone.”

“It feels huge. I think that the work of everyone
was outstanding.“The performance tonight and the last couple off the bench might show that. I didn’t listen to the outside talk.

“We respected Ajax, that is how we should be. I do focus on ourselves. The
great thing at the moment is the desire and I think we are in the right
direction. The signs are good. Five wins in a row can be dangerous, six wins
could be even more dangerous. I just came to work. I knew there was quality in
the squad. But I did believe in them. He said

Chelsea are now level on points with Ajax in the group
after three games.

Chelsea set out to
Amsterdam knowing that a draw against Ajax would be seen as a very good result
but Lampard who is overseeing an influx of youth players and academy products
into the Chelsea first team has revealed his delight at the win after Chelsea’s
Batshuayi netted the winner in the dying minutes.