Portugal captain and Juventus star, Cristiano
Ronaldo has been named All Football Player of the Week. 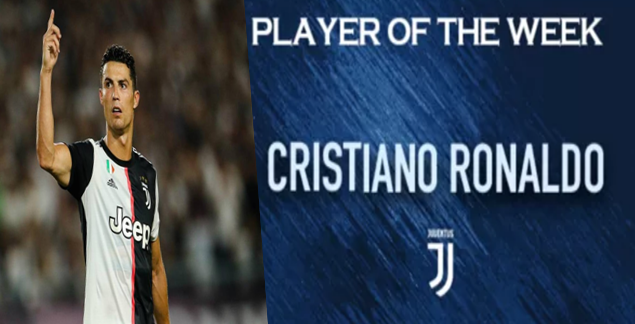 He got the most vote cast
beating Griezmann, Rashford, Lautaro and Di Maria to the award.

The most glorious moment last week was Ronaldo reaching the milestone of 700th goal
in his football career with scoring a penalty for Portugal.

Ronaldo scored 2 goals last week with his 700th career goal at
Portugal, and the 701st goal to lead Juventus to stay on the top of Serie A table.

Portugal
captain has also been named in the 30-list for 2019 Ballon d’Or and he has
also earned Ballon d’Or nominations for straight 16th year.